What to do When Your Household Water Smells Like Rotten Eggs 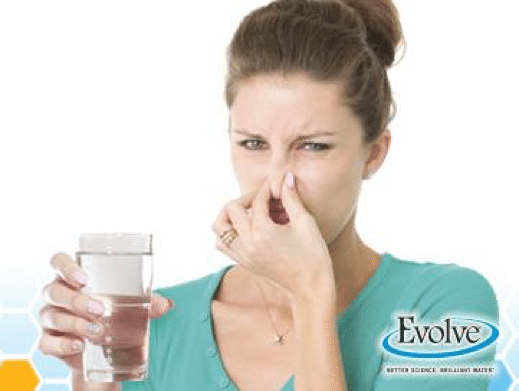 The most likely suspect is sulfur, which occurs naturally and is picked up by underground water, often introducing itself to a home whose primary source is a private well.

Sulfur’s unpleasant odor usually indicates a lack of oxygen in the well, which produces hydrogen sulfide gas. It can also show up due to chemical reactions involving sulfur contained in groundwater. It can become unbearable during your shower, or while you’re doing your laundry.

Okay...how do I get rid of Sulfur?

The most effective way to banish the odor is by installing an air filter tank system equipped with catalytic carbon—because sulfur gas is caused by the lack of oxygen in your well. As water passes through the air chamber at the top of the tank, it changes the sulfur gas to a solid, which can be easily filtered by the carbon. It’s an environmentally compatible way to solve the issue.

While malodorous water is certainly unpleasant, it is important to remember that it’s not necessarily a health hazard. If the sulfur smell only manifests while running hot water from any of your household faucets, it may be caused—not by your water supply—but by a chemical reaction inside your water heater. In order to be sure of what’s causing the problem, and to remove the nasty smell, give us a shout for a FREE analysis of your water.

A water filtration system can save you time and money, and make sulfur odors a thing of an unpleasant past. Contact us today. We’ll help treat your water and remove contaminants for good.